What are you looking for on day 1 of Royal Ascot?

In any usual summer, Royal Ascot, with impeccable courtesy, awaits the conclusion of the Point-to-Point season at the Torrington Farmers fixture at Umberleigh, before affirming that the flat scene will take precedence until October.

Every year, in the middle of June, Royal Ascot launches with a style and panache most events worldwide can only dream of. Each day begins with the entrance of the Queen and other royal family members in horse-drawn carriages down the straight mileto the parade ring. After completing the parade, they enter the Royal Enclosure. But like so many things that are different in 2021, there will be no royal parade this year. In fact, the Queen will not attend every day, the first time she hasn't attended since 1947.

Below, I will share a brief description of each race from day one of the Royal Ascot. You can also find the entire Royal Ascot day one tips & previews. This link will also highlight the odds and predictions of the day, so you can anticipate and place your bets according to experts' advice.

The Queen Anne Stakes launches the 7 race card around 2:30 pm after other members of the Royal family take their place in the Enclosure. Royal Ascot opens with this race in memory of Queen Anne, who started the meeting on Ascot Heath over 300 years ago. The age limit for this one-mile race includes four years and older horses.

Next up, the Coventry Stakes at 3:05 pm shows us the most precocious 2-year-olds, over a distance of 6 furlongs on the straight course. This is a race on the upgrade after promotion to Group II status in 2004. Sir Gordon Richards still holds the title of leading jockey in this race with nine winners.

The King's Stand Stakes (3.40pm) is a remarkable Group 1 race for three-year-olds. Over the minimum trip, it sets up the winner as the champion sprinter elect, and this year, Battaash is coming back for a second attempt after last year's comprehensive victory.

The 3.00pm race is the Edward VII Stakes. Once upon a time, people referred to this race as the Queen's Stand Plate, but after the death of Queen Victoria, the organizers named the race after King Edward VII, who embraced Royal Ascot with vigour. It's often a race for horses who didn't make it in the Derby.

One of my favourite races is the Ascot Stakes over 2m4f, the sixth race of the opening day. 10 of last year's 19 runners hailed from yards better known for their Jumping stock, and Alan King ran out a winner with Coeur du Lion, a fine name for a racehorse. He was one of three Royal Ascot winners for a man who is regularly in the top 5 Jumps trainers in the UK, but interestingly, his effort has been more evenly split in recent years between the two codes. 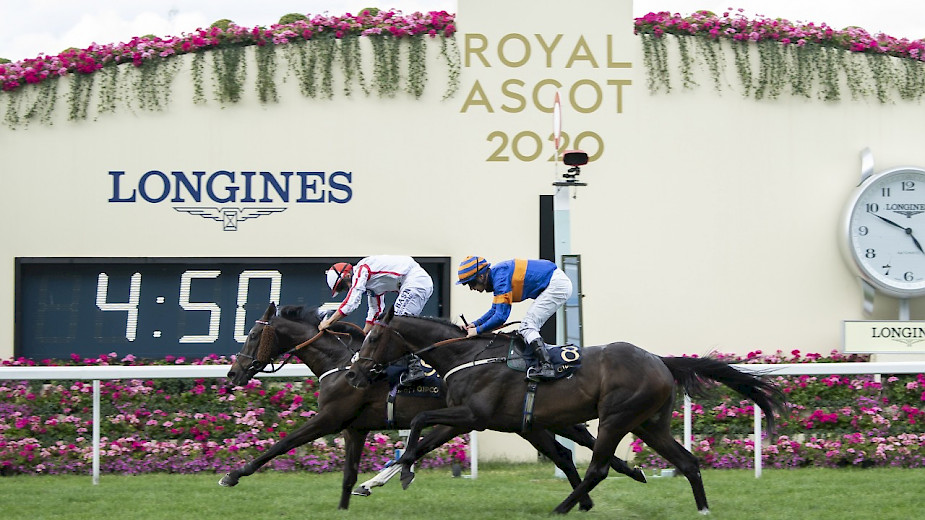 Others represented last year included Nicky Henderson, Paul Nicholls, Ian Williams -a very able operator under both codes - David Pipe, Dan Skelton and Gary Moore - another versatile dual-purpose performer. Along with the Queen Alexandra Stakes on Saturday over the even longer 2m 6f, they remain my two favourite Ascot races.